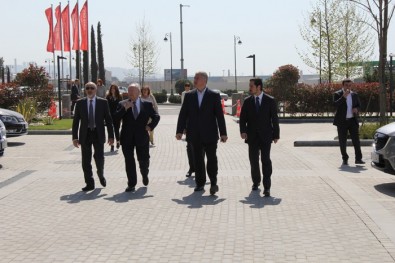 First of all the delegation got acquainted with the French Lyceum, which was inaugurated last year in Baku White City. Mr. Zuckerman noted the high level of organization of the Lyceum. Then the guests arrived at the new Baku White City Office Building and familiarized themselves with showroom of the project. The guests were updated on this large-scale project.

Other projects were presented to the delegation as well.