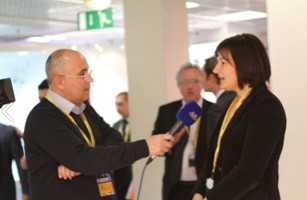 The International Exhibition of Real Estate MIPIM-2011 was held from 8 to 11 March in Cannes, France. Azerbaijan was presented at  the most authoritative exhibition venues of the world real estate market by Baku White City Project, included to the list of projects nominated for MIPIM Awards-2011. The visitors of the exhibition could familiarize with the advantages of Baku White City at a separate stand, exposition of which included a physical model of future urban districts on a scale of 1:500. In addition, detailed information about the Baku White City was also presented in a special directory, brochures and electronic mediums of the exhibition. The article, dedicated to the Azerbaijan project was published in the next issue of the exhibition journal MIPIM Preview.

According to the Reed MIDEM organizers, 1,700+ companies from 81 countries  presented an extensive range of high-potential development projects this year, The cities of  Bruxells, Helsinki, Frankfurt,Munich, Cape Toün, Barcelona were among the main exhibitors.CIS at MIPIM was presented by Azerbaijan, Russia, Georgia, Ukraine and Belarus. MIPIM 2011 attracted about 4000active investors from more than 1000  investment companies as well. Various conferences, forums and round tables with participation of renowned experts in economics were held also here, in the course of which speakers presented the most complete information on investment in emerging real estate markets, financial risk management, current trends of urbanization and urban development and other relevant topics.

In total MIPIM-2011 was attended by about 30000 professionals, among them - investors, representatives of leading development and consulting companies, architects and developers of the concepts of territorial development. The event itself received wide coverage in international media, represented here by more than 200 correspondents of foreign media.

Urban Development Project Baku White City is carried out under the Decree of the Azerbaijan President Ilham Aliyev on the approval of the «Plan of complex measures to improve the environmental situation in Azerbaijan in 2006-2010». Detailed information about the project can be found at the site www.bakuwhitecity.az.