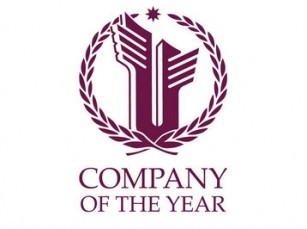 Winners of the National Award "Company of the Year" of 2014 were announced at the ceremony held on December 10 at the Jumeirah Bilgah Beach Hotel. Baku White City Office Building was awarded in the category "Business Centre of the Year".

This prestigious award for achievements in different spheres of economy and business in Azerbaijan this year awarded 28 companies and brands. Along with the large financial institutions and industrial companies, successful retailers, telecommunications and construction companies, car dealers, known in the country of small and medium-sized businesses, as well as media organizations were in the list. All winners of the award "Company of the Year 2014" have dynamic development, financial transparency, customer orientation and profitability in common.