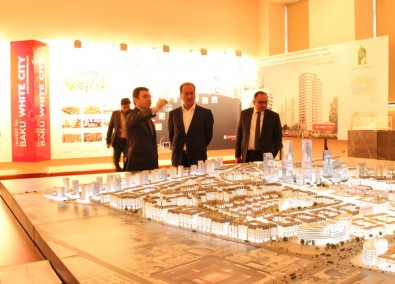 The guests were updated on this large-scale project.
Mr. Sajwani praised country`s rapid development. He said the Damac Group is keen to make investments in Azerbaijan.

Other projects were presented to the delegation as well. All projects were met with great interest by Damac Group. With regard to Baku White City project Mr. Sajwani said he was ready to share his experience in that field. The CEO also underlined he would also visit other regions of Azerbaijan to familiarize himself with the country investment opportunities more closely.