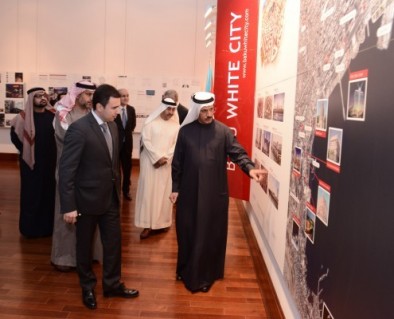 A delegation led by Minister of Economy of the United Arab Emirates, co-chair of the Joint Intergovernmental Commission on Economic, Trade and Technical Cooperation Sultan Bin Saeed Al Mansoori has viewed the Baku White City project.

Baku White City is the largest ongoing project in the Caucasus, covering 221 ha including 39 ha of landscape.
Baku White City master plan envisages the creation of 10 universal urban districts with each of them to offer its residents the best living, working, recreation and entertainment conditions. Baku City will rearrange and expand the Boulevard, the gem of Baku that is situated right in the centre of the Baku Bay.