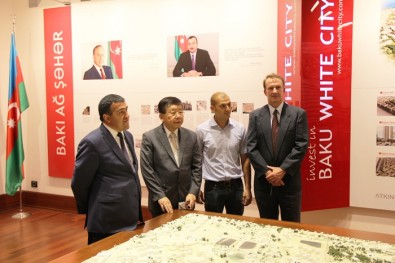 Company Kosugi Zohen Co was founded by Kosugi family in the Japanese capital, Tokyo. Kosugi family has been engaged in landscape design for over 300 years. Among the works of the company the Heydar Aliyev Park in Ismayilli is listed.

President of the company Saki Kosugi was interested in the construction of the project, environmental decontamination, as well as landscape design within the project. Delegation familiarized with different building under construction on the territory of Baku White City.

Guests discussed further opportunities for cooperation with the project. Mr. Kosugi was given a book about Azerbaijan, as well as other memorable gifts.