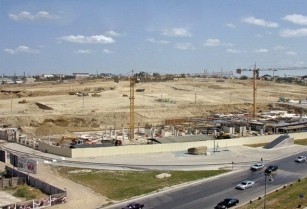 The State Oil Company of Azerbaijan (SOCAR), acting through its subsidiary CJSC Ecol Engineering Services, continues measures to remove obsolete industrial facilities outside the capital, and the remediation of contaminated soils.

According to APA, referring to the CJSC, the company starting in 2010, is working on the restoration of oil-contaminated soils of Oil Refinery named after Heydar Aliyev, as well as in the old industrial areas of the refinery "Azerneftyag" within Baku White City project.

Department of land reclamation has provided export 656,000 cubic meters of soil, located in the area of "Azerneftyag" refinery contaminated with oil. Currently, work is being done in accordance with the schedule.