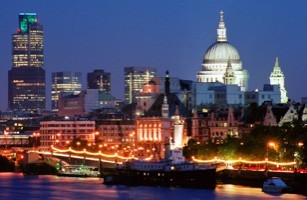 At this year's competition were presented various architectural projects, such as squares, bridges, landscape structures, airports and master plans of Sydney, Vancouver, New York, Rio-de-Janeiro, Beijing, Kosovo, Heidelberg, Nicosia, Graz, Mexico and many other cities. In total in the contest participated 77 architectural projects, 38 of which were considered as completed and 39 uncompleted. The jury of the contest includes one of the most qualified world-known experts in architecture.

Baku White City Project carried out  within the  context of the Decree of Mr. ILHAM ALIYEV, the President of the Azerbaijan Republic entitled “Comprehensive action plan for improving the ecological conditions in the Azerbaijan Republic during 2006 – 2010”  was presented in the category of  «Urban Design», along with the world’s leading projects. This nomination covers projects of urban planning and beautification, which is always a hot topic in light of the rise of modern cities, increasing the density of population, improvement of infrastructure and transport strategy.