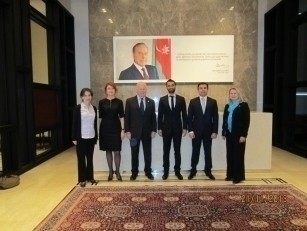 On an official visit to Azerbaijan Envoy of the Prime Minister of UK Trade , Member of Parliament Professor Charles Hendry visited the office of Baku White City for a closer acquaintance with the project .

Along with the second stage of Shah Deniz field development,  the urban project  of Baku White City offers tremendous opportunities for foreign companies in Azerbaijan and in Britain there are companies that are interested in participating in such large-scale projects.

"Economic cooperation is well developed , there are many other areas in which cooperation would also be strengthened. UK is interested in investing in the areas that the government considers to be priorities of Azerbaijan ", - saidHendry at a press conference, November 21 .