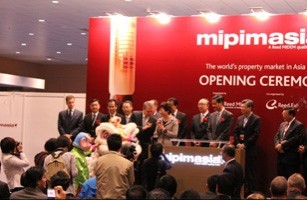 Baku White City project has been successfully presented at one of the largest investment exhibitions MIPIM ASIA 2010, held annually in Hong Kong

During the exhibition MIPIM ASIA 2010, 40 target sessions combining statements of 150 authoritative lecturers were carried out, the discussions directed on research of the potential of opportunities of the market and solutions of investment strategy in various regions and branch segments were conducted. Baku White City project,carried out within the context of the Decree of Mr. ILHAM ALIYEV, the President of the Azerbaijan Republic entitled “Comprehensive action plan for improving the ecological conditions in the Azerbaijan Republic during 2006 – 2010”, was presented alongside with the most leading international investment projects, 80 of which were nominated for the annual prestige award MIPIM Asia Awards 2010.