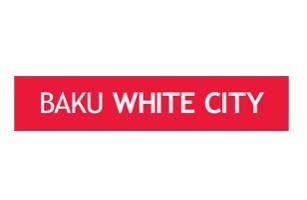 The official site of the project will be available in three languages.

The information resource http://www.bakuwhitecity.com devoted to the tasks and plans of the Baku White City  urban project is presented today to the broad audience of the Internet users. The Azerbaijani and Russian versions have been added to the initial English version of the site. Thus, information about prospects of development of the new modern center of Baku is available both in our country and abroad.

The site representing the information on activities of Baku White City  to business and public circles fully complies with the aim of the project. Convenient navigation of the portal, fast browsing contents of the site and the bright, catchy design demonstrates the general tendency of  Baku White City   project.

Visitors of Baku White City   web  site can get to know here with the concept of the project and watch the renovated Baku through the computed video projection, slides and figures. The particular interest causes the "Master plan" containing schematic plans of the future transformations of: landscape, transport, municipal and social infrastructure networks and, certainly, the general planning of the White City. The attention of businessmen will be caught by the relevant subsection of the portal containing the information for local and foreign investors about investment conditions within Baku White City   .

The capacious and cognitive site has already become one of the most visited  resource since the moment of its creation. According to  the statistics , since June the site http://www.bakuwhitecity.comhas counted over 5 thousand visitors including one thousand visits only for last month. Evolution and frequency of browsing and the fact that about 60,5 % of visits were registered through direct links and additionally 9,5 % of transitions through search systems witness the interest to this web-resource. The geography of visits to the Baku White City site includes more than 60 states, such as the Great Britain, Russia, the United States, Brazil, Australia, Japan, practically all countries of the Eastern and the Western Europe, Asia, the Near East, the states of CIS and a number of the African countries. The amount of calls on to this site by the users from Azerbaijan reaches 3,6 thousand, or 66,8 % of all visits.

Interest to Baku White City web site has especially increased after representation of the given project at Cityscape Global 2010, IX International exhibition of real estate and investments, recently held in Dubai (UAE).Baku White City Project, representing Azerbaijan for the first time at this exhibition, along with the purposes and project problems the participants from different countries were presented with the information on extensive investment possibilities in Azerbaijan and successful development of economy of our country.

The Baku White City project is carried out within the framework of implementation the decree of the President of the Republic of Azerbaijan, Ilham Aliyev on statement of “Plan of action package on improvement of the ecological situation in the Republic of Azerbaijan during 2006-2010”, according to the order of the Executive Authority of the Baku city dated from June, 11 2007 on restoration and development of the Black City. The master plan of the project Baku White City provides creation of 10 universal urban quarters  each of which will submit to inhabitants the best conditions for life, work, recreation and entertainment.

The senior advisor of the project is the world famous company “Atkins” (Great Britain) specializing in the field of engineering design. Alongside with the Azerbaijani experts, such known architectural companies as “Foster + Рartners” and “F+A Architects” have been involved to performance of this project.