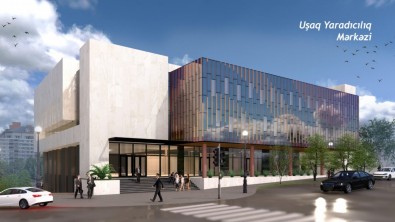 Lack of infrastructure, abrupt changes in the level of buildings, dead ends, unregulated parking and polluted environment isolated the territory located in the western part of Baku White City, between Nobel and Babek avenues and Najafgulu Rafiyev and Khagani Rustamov streets.
Based on Order № 8 of the Executive Power of the City of Baku dated January 10, 2018, it was decided to develop a design of this 28 ha territory in accordance with the Master Plan of the Baku White City project. A new technical inventorization of the territory was carried out as part of the design work. Architectural parameters of buildings under construction, urban development, transportation and other infrastructure were determined, and urban planning was completed in accordance with the Master Plan of the project.
Convenient connection of the neighborhood roads to Babek and Nobel avenues, crossroads, and pedestrian crossings were modeled. The quarter was divided into construction sites and landscape zones, the density of the building and the policy of height were determined.
The project of the quarter, developed within Baku White City Master Plan, was submitted to the Executive Power of Baku and the State Committee on Urban Development and Architecture of Azerbaijan for approvals.
In previous years, Harmony Hotel, Alfa Hotel and Hostel, electrical substation "White City-2" were put into operation in the 28 ha quarter.