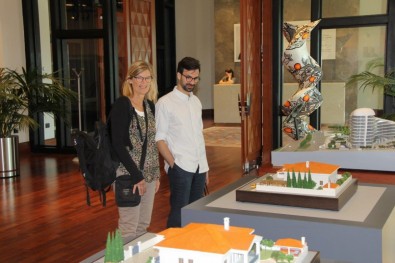 As part of the professional development tour in Baku, a group of Swedish architects got acquainted with current architectural, urban planning and engineering projects in the city, as well as with Baku White City project. Architects visited Nizami Park and Villa Petrolea, the first museum dedicated to the Nobel family outside of Sweden, got acquainted with the activities of the Nobel brothers in the 19th century in Black City.

Architects were informed about the analysis of transport, infrastructure and construction indicators of large cities during the development of Baku White City project. The guests studied posters reflecting the oil-contaminated territories of the historic Black City, chaotic buildings, and also got acquainted with the laying of bicycle paths, pedestrian zones, schools, hospitals and other social facilities in Baku White City. The delegation visually familiarized themselves with the work carried out within the project during their walk at White City quarters.