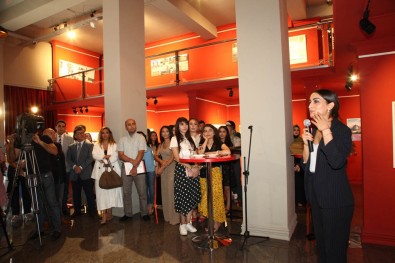 The traditional ceremony of awarding the Club of Young Artists and Students at the Union of Architects of Azerbaijan with the award "Student of the Year" was held in the art gallery "White Gallery".

The president of the Young Architects and Students Club, Sheida Novruzzade, announced the contest winners. The works of Nijat Nusalov and Sona Mammadzade were awarded the 1st place. The second place was taken by Naila Safarli, and the third – by Kamran Sultanly.

The works at the competition were awarded Honorary diplomas by the State Historical and Architectural Reserve "Icheri Sheher", the Ministry of Education, the State Committee for Architecture and Urban Planning, the Executive Power of Baku and Baku White City project.

The main purpose of the competition is to identify new ideas and talents, as well as the developing a modern approach to architecture and innovative ideas in the architectural environment.

In total, 40 works were submitted for the competition.