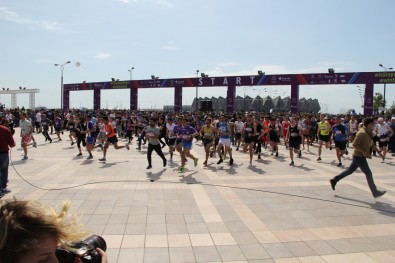 "Baku Marathon 2018" initiated by Heydar Aliyev Foundation and organized by the Administration of the Seafront Boulevard along with the Baku Olympic Stadiumon was held for the third time on May 13, 2018. Baku White City staff participated in the Marathon this year.

The Baku Marathon started at the National Flag Square and ran 21 kilometers all the way to the Baku Olympic Stadium. Among 18,000 participants, Baku White City team managed to overcome the entire distance and cross the finish line.