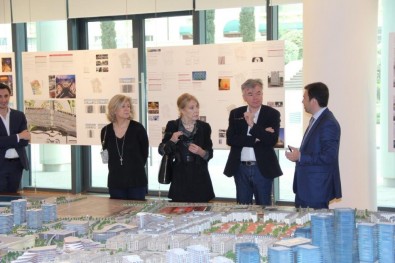 Mr Houpert was informed that the area known as "Black City", polluted with oil waste for many years, was completely ecologically refined, and in accordance with the new development plan a modern residential community is being created here.

The guest visited the Baku French Lyceum, successfully functioning here since 2014. During the walk in White City Mr Houpert showed a great interest to Parisian-style buildings, as well as to the support of art during the implementation of the project.

Alain Uper expressed his satisfaction with the growing cooperation between Azerbaijan and France, which is also reflected in the Baku White City project.