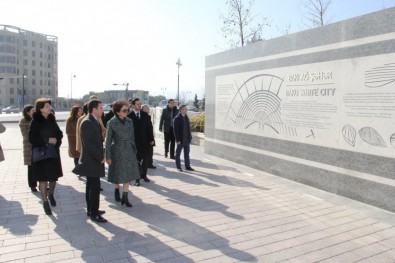 A delegation of teachers and students of Azerbaijan University of Architecture and Construction led by Rector of the University, MP, Professor Gulchohra Mammadova visited Baku White City.

The delegation got acquainted with the architectural experience of the project. It was noted that for the realization of one of the world's largest modern urban development projects - Baku White City, urban density ratio of the city has been studied, also the principle of modular design in construction of typical building, insolation and modern communication and infrastructure were taken into the account. The delegation was informed that Baku White City project strictly complies with international environmental standards, thereby paying big attention to cleaning up contaminated lands and constructing sustainable buildings.