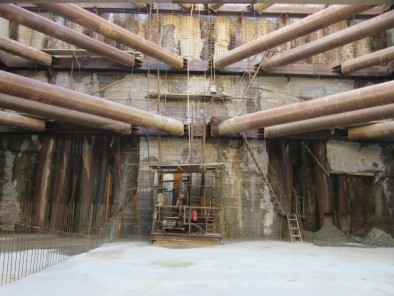 According to the Plan of Development of the Baku Metro approved by President Ilham Aliyev in 2011, it is expected to expand the existing Green line connecting "Shah Ismayil Khatai" and "Darnagul" stations.

3 new metro stations are scheduled along the Nobel avenue from "Shah Ismayil Khatai" station to "Hazi Aslanov - 2" station which is currently under construction. One of those stations is located at Baku White City. This station will have four exits: to the Knightsbridge residential complex, to the Central Plaza square and the rest 2 at the Waterfront district.