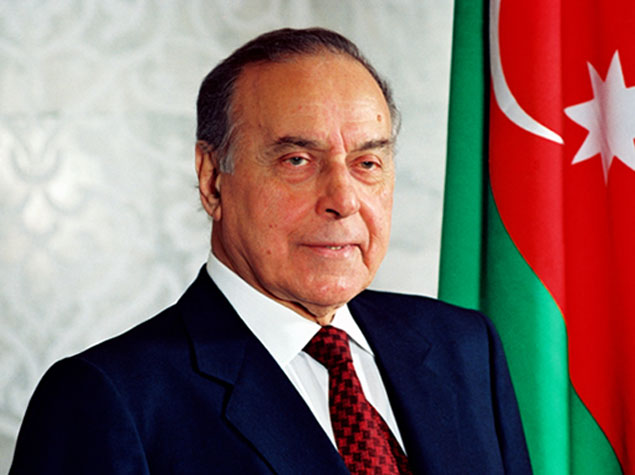 "The Black City throughout centuries will turn White, clean, there will be grown flowers, and it will come to be a beautiful sight of Azerbaijan..."

Being the oldest centre of the world oil industry, Baku within a short period has turned into a large modern city with its own inimitable appearance.

This rapidly developing city is becoming a desirable place for work and life, for leisure and entertainment, ambitious to attract big business and foreign investment.

The Black City appeared at the end of 19th century in the eastern part of Baku; a piece of urban heritage from the first oil boom and the result of urban development from a distant past. It has played a major role in the oil industry for more than 100 years, performing activities of refining, storage and transportation of "black gold".

Nowadays, a unique opportunity for the restoration of the Black City area has arisen on an industrial site, which is located directly at the centre of Baku Bay and to the east of the city center. A site with an area of 1650 ha and surrounded by a dynamically developing city infrastructure has a chance to be reborn for a new purpose, and has become one of the most attractive opportunities for investments.

In respect of the Decree dated September 28th, 2006 by His Excellency ILHAM ALIYEV, The President of the Azerbaijan Republic, entitled "COMPREHENSIVE ACTION PLAN FOR IMPROVING THE ECOLOGICAL CONDITIONS IN THE AZERBAIJAN REPUBLIC DURING 2006 – 2010" steps were undertaken for the removal of industrial uses to the edge of the city, decontamination of land, and improvements of the coastal boulevard.

In accordance with the order of the Head of Baku Executive Power dated June 11, 2010; it was decided to restore and redevelop the Black City area, which is crossed by Nobel Prospect - the main route connecting the capital with its international airport, named after Heydar Aliyev.

As lead consultant, the world-renowned global engineering and architectural design firm Atkins (UK) performed masterplanning and detailed planning activities for the project. Along with specialists from Azerbaijan, Fosters and Partners (UK), established by legendary architect Norman Foster and American architectural bureau F+A Architects, with their globally renowned experience in the design of retail projects, were also involved.

Architectural diversity, ecological compatibility and a considered integration of the new development into the existing urban context of the city were identified as major themes in the forming of the project concept. The result has created a project where, aside from fascinating architecture and investment opportunities; land restoration and the stimulation of construction activity, along with the creation of an attractive environment and infrastructure has stimulating a willingness to live and work in such a place.

The grandeur of the concept and the professionalism of the highly considered work that was carried out places Baku at the forefront of urban design and planning, and puts it in line with the world's leading urban projects.

With the initiation of this project, the industrial appearance of the Black City will become a memory, giving way to harmony and comfort in the name of Baku White City, called upon to fulfill its role as a new modern centre of Baku - the leading regional city with a unique character.

Baku White City is oriented toward both local and foreign investment, offering a wide range of residential and commercial buildings of various sizes. Investors will be able to select suitable units for investment and construction, from small villas to large-scale urban projects.

Carried out within the context of the Executive Power framework, by the Decree of Mr. ILHAM ALIYEV, the President of the Azerbaijan Republic entitled "COMPREHENSIVE ACTION PLAN FOR IMPROVING THE ECOLOGICAL CONDITIONS IN THE AZERBAIJAN REPUBLIC DURING 2006 – 2010", the project provides legal and organizational support - regardless of the scale of investment - to all investors of Baku White City.